This month was one of the most memorable in Indonesian surf history with several swell events of significance.  July conditions ranged from absolutely flawless 6 foot perfection to off the richter macking 15ft mega pits.  Photographer Austin Mullen was there with a few Californian friends in Early July to capture the user friendly perfection and a few rogue sets that caught them by surprise.  Then the Southern Indian Ocean started brewing up and it was a sea of  orange and red on the weather maps.  By the 3rd week of July things were really heating up and surf forecasting sites everywhere were amping up for ‘Mega Swell of the Decade’.  We’ve heard it all before, but this time the facts couldn’t be ignored with energy levels predicted to be up to 12,000kj and wave period up to 20 seconds throughout the Indonesia archipelago for 24/25/26 July.

What is wave energy in the forecast tables ?

Wave energy (in kilo Joules, kJ) on the swell forecast tables and maps indicates the power of the predicted waves and can be the most useful guide to how powerful the surf is likely to be at your local beach / reef. It is a function of both wave size and period (the larger the waves and longer the period the greater the power). Small ocean waves with a long period can create the same size surf as larger waves with a short period but they can have the same wave energy, making it a potentially better guide to likely surf size. We would suggest making a note of the forecast wave energy on a small but surfable day and on a day that is the biggest you are happy to surf. This should give you the energy range that is in your comfort zone. As a rough guide, wave energy of 100kJ can be just about surfable at many breaks, 200-1000kJ should produce increasingly punchy waves while 1000-5,000+ can start to get really heavy and even dangerous at some breaks. 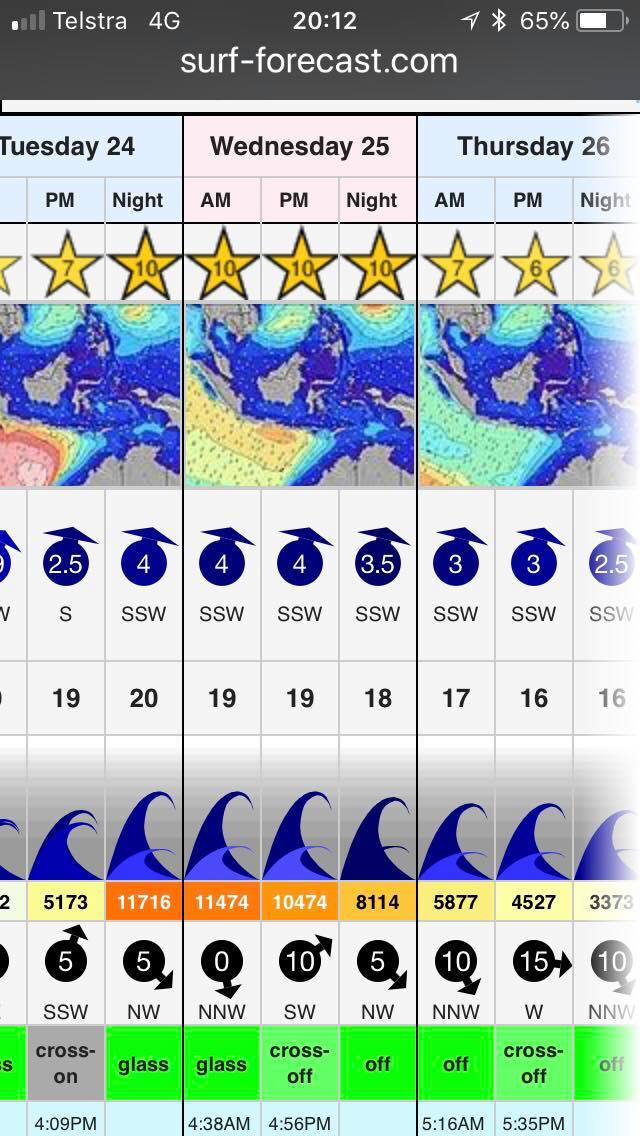 These forecasts were obviously being studied by hard core chargers from all over the world and by 23 July the likes of Hawaiian, Mark Healey, Australian chargers, Laurie Towner & Marty Paradis had checked into KabuNohi Sorake Resort along with legendary lensman, Ted Grambeau and an entourage of other high profile filmers.  Other high profile chargers such as Justin ‘Jughead’ Allport, Koa Rothman, Nathan Florence and Matt Bromley were in town and waxing up there magic boards for what was install on 25 July.

By last light on 24July we saw the first glimpses of the mega swell and sure enough by first light on 25 July, Lagundri Bay was a sight to behold Ted Grambeau calling 18ft from his ‘live instagram’ in the channel, as you can see from some of Ted’s images in the main gallery and below.   Mark Healey was amazing on his back-hand (see video below).

There was an incredible vibe at KabuNohi Sorake Resort during this period and all the pros and film crews were stoked to be staying in the comfort of our luxury bungalows and eating some amazing organic fresh produce prepared by our expert kitchen staff. 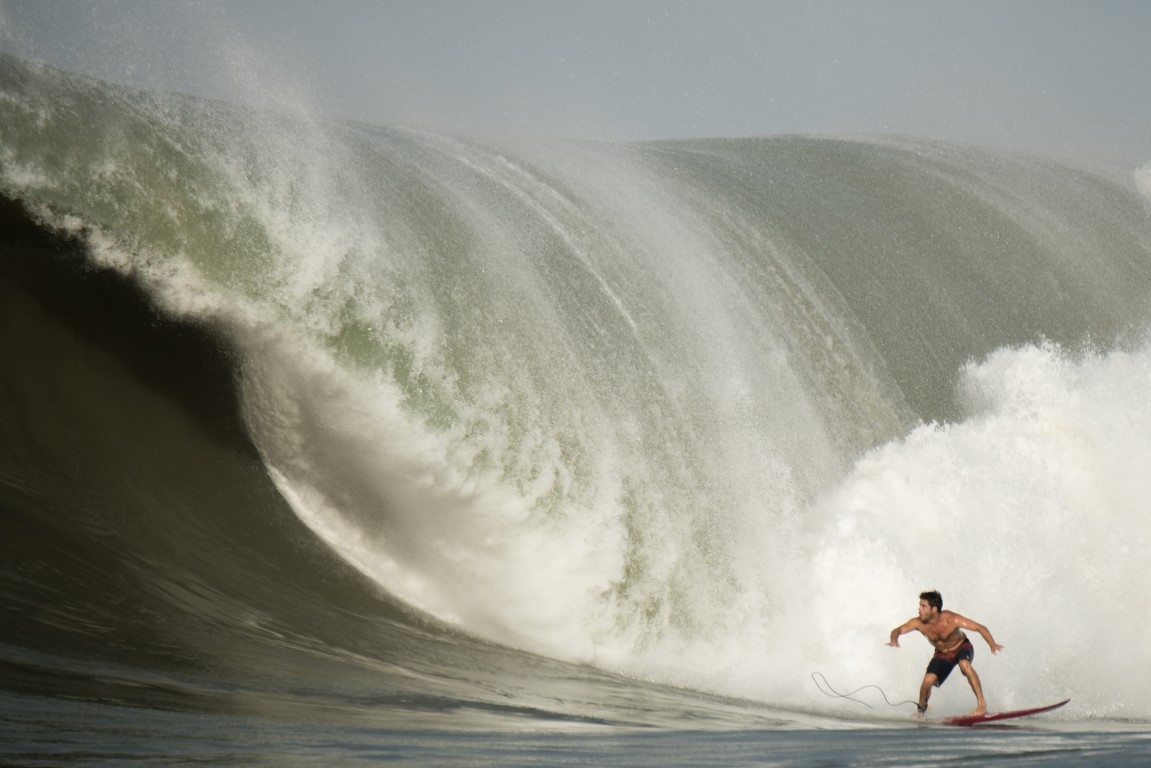 The 26th was still 8-10ft and perfect and there was a lot of evidence of massive rocks being re-located in the bay.  The swells continue to come and the last day of July saw more 8-10ft waves with a lot less hype and most of the pro’s had packed up and gone home.  The beauty of Nias is that in between these mega swell events that usually only occur between June to August, there are a bunch of perfect 4-6ft days (as seen by Austin Mullens images in the gallery) that can be enjoyed by Joe Average punter and shared with the locals.

Until next month, this is Shaun Levings on behalf of Mark Flint who unfortunately is bed-ridden with slipped discs in his back at present.

About the Author: admin